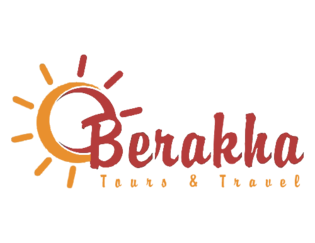 Posted on 18th August 2020 at 14:34
We are taking you today to the South-Centre of Ghana, to Kumasi, the capital of the Ashanti region and the seat of the Ashanti Kingdom. Kumasi is the site of West Africa's largest cultural centre, the Manhyia Palace.

The Manhyia Palace, also known as Asantehene's (King) Palace is the seat of the King of Ashanti, Otumfuo Osei Tutu II and members of the royal family where the Akwasidae takes place. 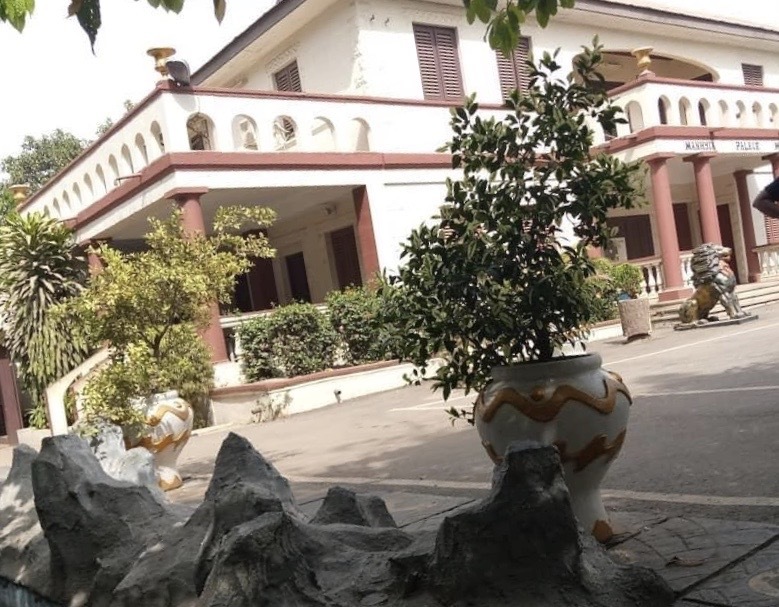 The Akwasidae celebration is part of the Adae festival, celebrated on a Sunday of every 6 weeks in Kumasi by the Ashanti people. It is very important to the Ashanti people because it commemorates the date that the Ashanti Golden Stools, the symbol of the Ashanti kingdom, was magically brought down from heaven.
Very early in the morning, the Queen Mother will go with the elders to the King's palace to greet him and wish him well. The first part of the ceremony really starts in the mausoleum where rituals take place in the presence of the King and the initiates in order to pay homage to the dead kings: Libations, mashed yams and a slaughtered sheep are offered; also strong liquors and the blood of the sheep are poured over the thrones of the dead ancestors.
After the ceremony in the mausoleum, the second part, which is the public part will now begin. The Asantehene, carried in a palanquin arrives at the durbar, on the grounds of the Manhyia Palace, announced by a retinue of courtiers led by a man carrying a brasspan containing talisman and herbs believed to drive away evil spirits. He is dressed for the occasion in vibrant colours and adorned with large pieces of antique gold jewellery that can make it difficult for him at times to lift his hand. He meets his subjects and subordinate chiefs who make allegiance to him and give him gifts. The king then takes his seat under a huge colourful umbrella and witnesses a colourful parade.
Around the Asantehene are seated dignitaries. Chiefs in the shade of their umbrellas, sword carriers, bearers of ritual knives, armed guards with loaded rifles and nobles with ostrich feathers are presents. The Queen Mother is also present with her court.

The Akwasidae celebration is a colourful and noisy one with musicians playing drums and horns; women dressed in colourful and beautiful bright red clothes are dancing and singing and griots telling the greatness of the Ashanti kings. 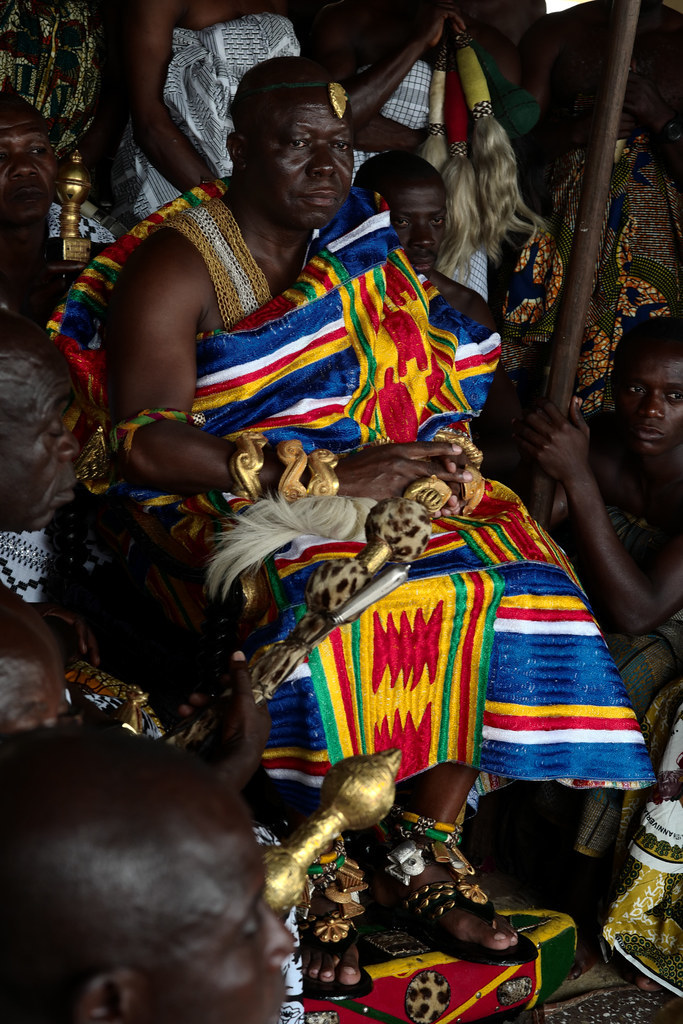 It is a celebration that the Ashanti people, even the diaspora doesn't miss or forget; it is also very popular with tourists. The good thing is the celebration takes place every 6 weeks so it can be easily added to a bucket list.
If you are interested in a short stay in Kumasi during the festival, please contact us for more details and make your dream holiday come true.
Tagged as: Akwasidae festival, Festivals in Ghana, Kumasi., Short stays in Ghana, Short stays in Kumasi, West Africa festivals
Share this post: